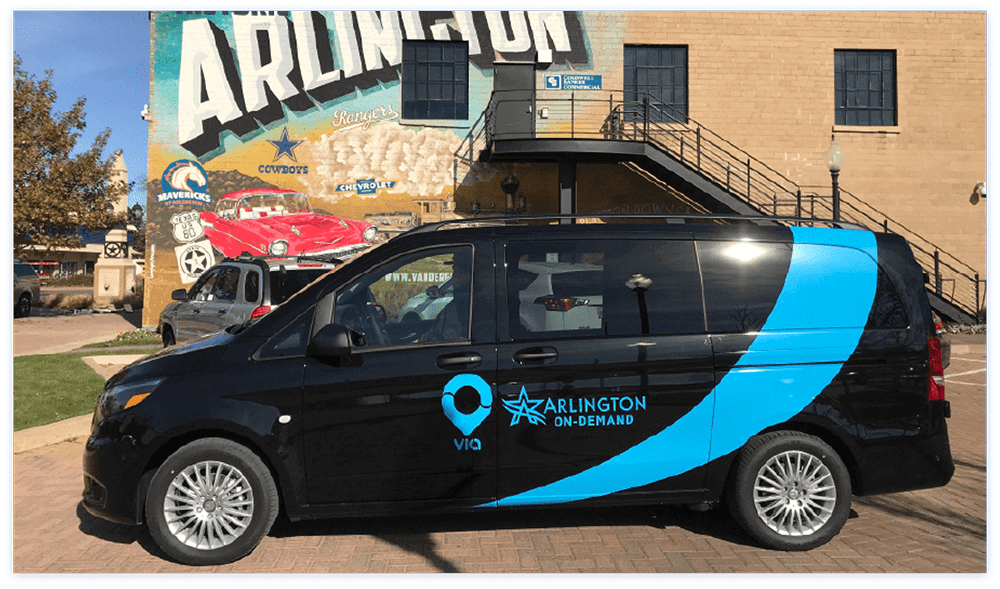 fewer vehicle miles traveled as of 2020, reducing congestion in the city

rides completed as of February 2021

In September 2017, the Arlington City Council opted to replace a low-volume fixed route bus, the Metro Arlington Xpress (“MAX”), with Via’s comprehensive microtransit solution. Before MAX, Arlington was the largest U.S. city without public transportation. Arlington’s story was a familiar one: The city government recognized a need for alternatives to driving alone in personal vehicles, yet the residents voted down measures supporting transit investment time and again, rejecting three transit ballot measures since 1979. 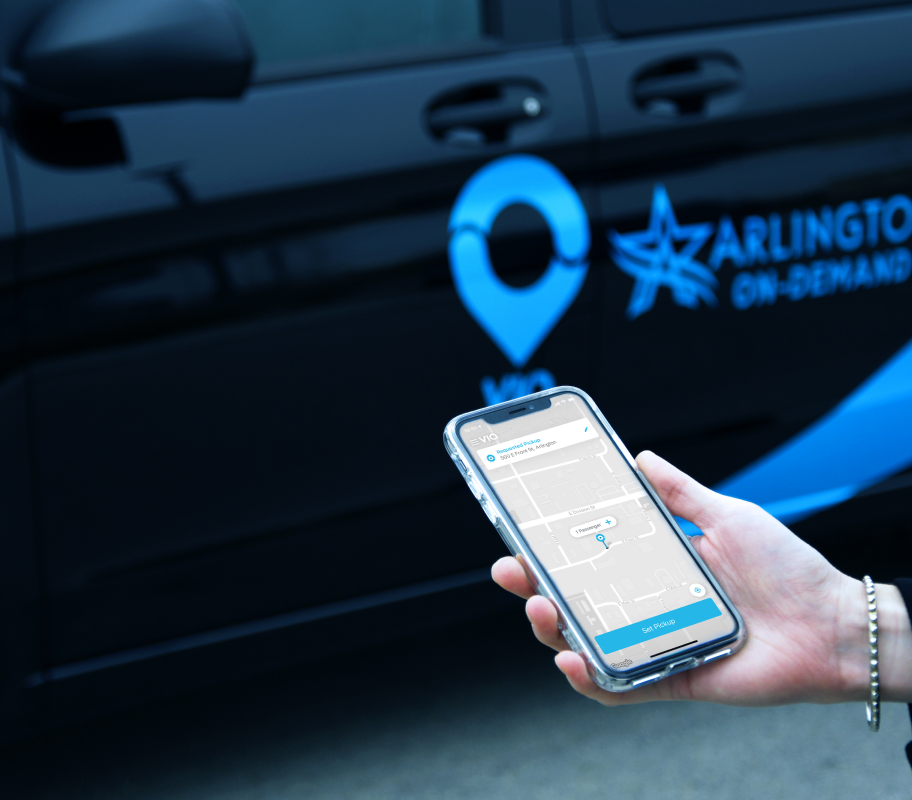 In December 2017, Via launched Via Arlington with 18 vehicles in a reduced zone within the city of Arlington. The service now features a fleet of 53 — soon scaling to 68 — custom-branded Mercedes Metris and Sienna vans that cover the entire city. In addition to providing point-to-point transportation the service provides first-and-last-mile connections for riders traveling to the Dallas-Fort Worth area via the Trinity Railway Express.

From its transit-averse roots, Arlington has emerged as the first city to run solely on microtransit. As a testament to the project’s success, Via Arlington has expanded every year since launch and grown to serve the entire population. 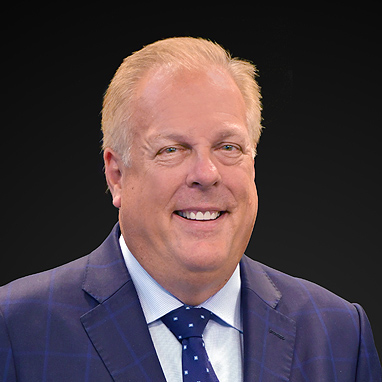 When I go to other cities and I see a bunch of empty buses driving around town, I'm happy we don't have empty buses here that we're paying tens of millions of dollars for. I have other mayors who ask me about Via, they get excited about looking at this. We're the trendsetters, and I like being the trendsetters."
‍

This is some text inside of a div block.
The City of Arlington