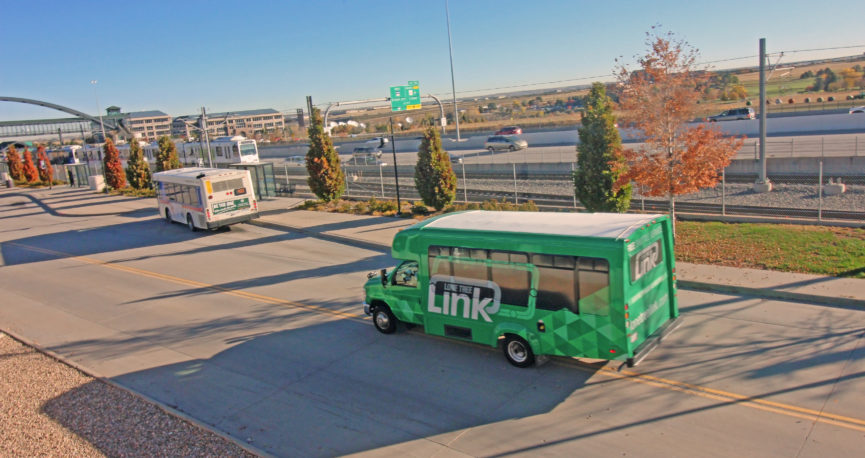 increase in rides per day over legacy service

passengers per week in a city of 14,000 residents

Lone Tree, CO is a fast-growing suburb of Denver. With over 14,000 residents, Lone Tree is home to a diverse suburban population that includes long-time residents, first-generation Americans, and young families. The City is also home to several major employers including a regional office of Charles Schwab, SkyRidge and UCHealth Lone Tree medical centers, the University of ColoradoSouth Denver, and the Park Meadows and Heritage Hills shopping centers.

In 2016, the City launched a pilot on-demand transit solution called Lone Tree Link as a way to provide residents with convenient access to Denver’s regional transportation network and to destinations within the City. In late 2018, the City sought to make service improvements, including Increasing ridership and reducing cost per passenger, by seeking a new technology provider. 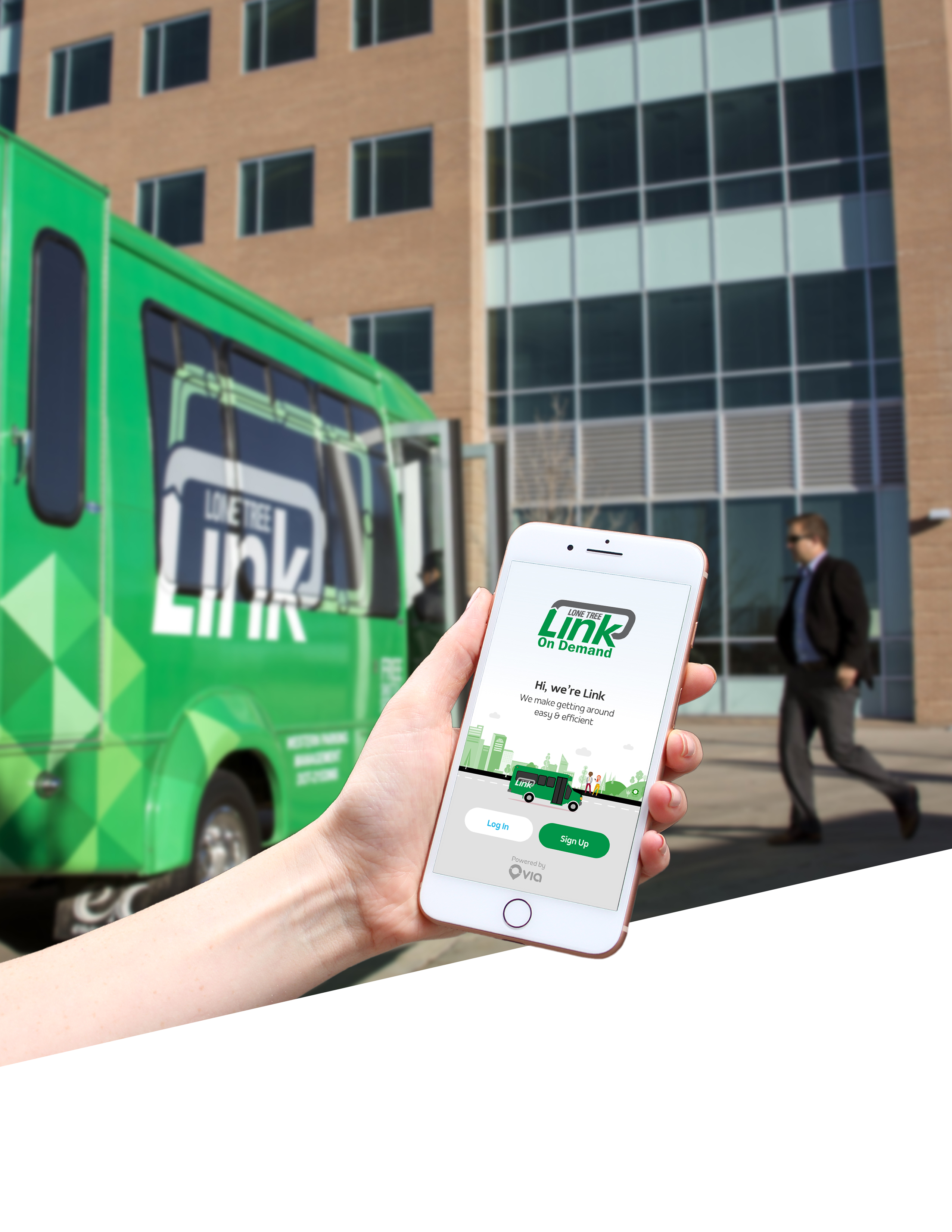 In 2018, Lone Tree selected Via to replace its previous on-demand transit technology provider. Building on lessons learned from the pilot, Via partnered with Lone Tree to design a solution that provides a shared-ride alternative to private vehicle use and creates “links” to regional transportation, including a light rail line to Denver. In addition to providing efficiency gains, Via’s solution provides Lone Tree an enhanced layer of service visibility with proprietary dispatch tools and comprehensive data reporting services that the City’s previous technology provider did not offer.

Link On-Demand has already achieved significant success, providing over 12,000 rides — almost 1,000 per week — compared to just 20,000 rides in 16 months before Via. As ridership grew, the cost per passenger declined by over 30% compared to the previous service. With an improved on-demand service powered by Via’s best-in-class routing and matching algorithm, the City has positioned itself as a regional innovator in public transit by leveraging ridehailing technology for the public good.

Link On-Demand has become an integral part of our community’s sense of place. Working with Via has enabled the City...further deliver on our commitment to providing a visionary transportation network to our residents.”

With Link on Demand, we are providing more transportation options and reducing congestion, which are top priorities for our residents and businesses.”