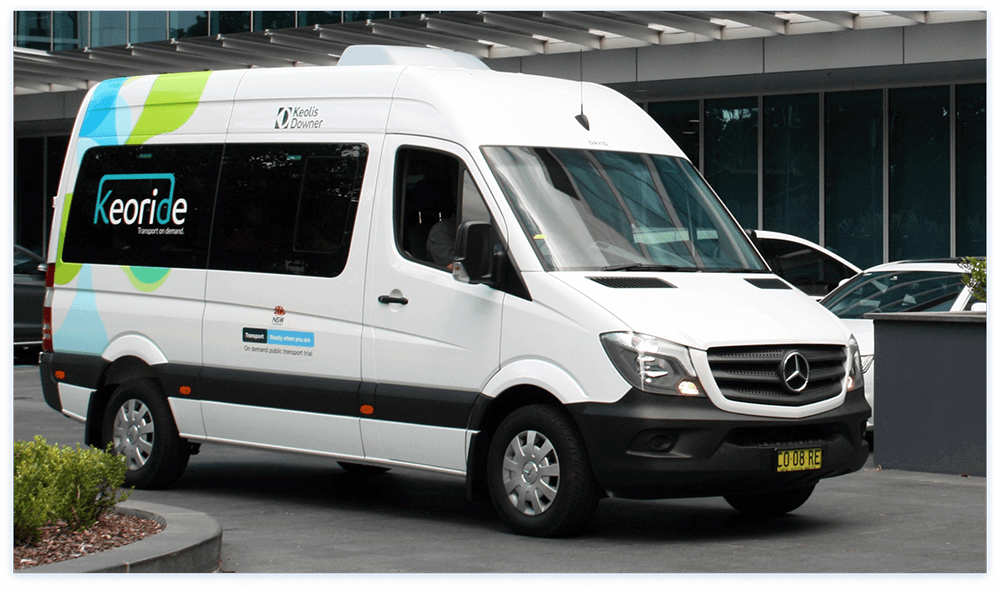 trips in the first 18 months

flat fare for all trips in Northern Beaches

Via and Keolis Downer launched Keoride, a partnership between Keolis Downer, AECOM, Via, GoGet, Data61 and Transport for New South Wales (TfNSW), in the spring of 2018 to provide on-demand transportation to residents in two suburban areas north of Sydney, Macquarie Park and Northern Beaches. The service is part of New South Wales’ On Demand Public Transport Program, an initiative launched to explore the potential of on-demand transit in the greater Sydney region to create additional connections to transit. Keoride is one of 11 trials of on-demand service in Sydney, Newcastle, the Central Coast, and the Illawarra.

The services are reflective of TfNSW's greater vision to create a technology-driven transport network that will fundamentally impact people’s lives and easily scale as the region’s population is expected to dramatically increase over the next three decades. At the same time, the City’s “Sustainable Sydney 2030” plan calls for more public-private partnerships to make Sydney more accessible, equitable, and environmentally sustainable. 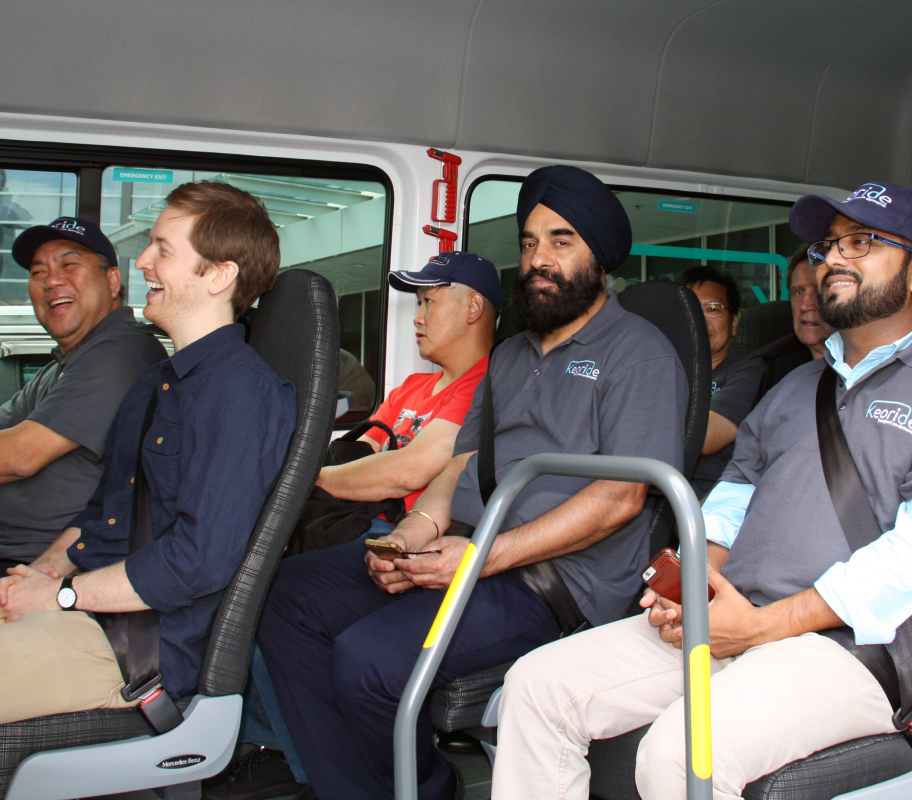 Keoride launched in March 2018 as a part of the government’s commitment to deliver innovative transport solutions that will help achieve TfNSW’s and the City’s bold vision for the future. GoGet provides and maintains the co-branded fleet, which includes wheelchair accessible vehicles. Keolis Downer operates the two services. The service in Macquarie Park operates during peak commuting hours to and from transit stops connecting to central employment precincts. The Northern Beaches service provides first-and-last mile connections to and from three B-Line bus rapid transit stops at Narrabeen, Warriewood and Mona Vale. Riders can use the service seven days a week from early morning until late in the evening.

Keoride integrates with Sydney’s OpalPay system, allowing passengers to pay for on-demand trips with the same payment card they use for all other transit options in Sydney. In Northern Beaches, riders pay a low flat fare of $3.10 for all trips (seniors and students pay a reduced fare of $1.55). In Macquarie Park, pricing is distance-based; trips under three kilometers cost just $2.60, and trips over eight kilometers are capped at $5.60

The Keoride partnership is a great example of using global technology solutions to help us rethink public transport. We’re always looking for innovative transport solutions like these to help relieve congestion and provide more choice to commuters."

This is some text inside of a div block.
Keolis